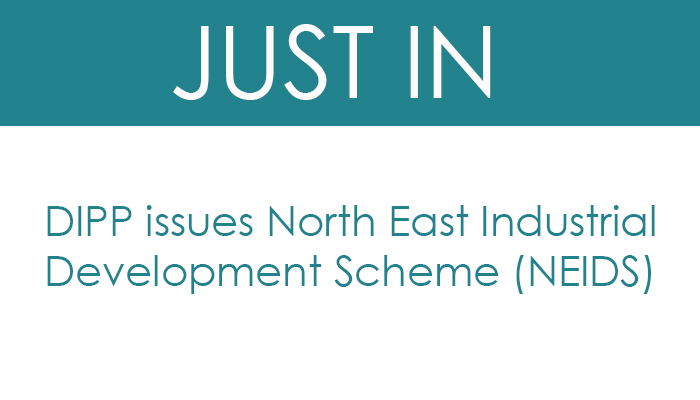 In a recent notification dated 12th April, 2018, the Department of Industrial Policy and Promotion, Ministry of Commerce and Industry (“Department”) has introduced a scheme for investors in the North Eastern Region (i.e. the states of Arunachal Pradesh, Assam, Manipur, Meghalaya, Mizoram, Nagaland, Sikkim and Tripura) of India. The scheme is named as “North East Industrial Development Scheme” (“NEIDS”).

This scheme is expected to boost the process of industrialization in the North-Eastern Region of India.  The NEIDS scheme is effective from 01/04/2017 to 31/03/2022i.e. for a period of 5 years.

All new industries in manufacturing sector and service sector unless specified is falling under the purview of this scheme. The NEIDS scheme will not apply to the industries specified in the Annexure – I to this notification. The maximum cap for availing incentives, subsidies and discounts is kept as Rs. 200 Crores.

The Department through this scheme has given various subsidies and discounts to all the industries as specified above, interested to invest in the North-Eastern Region of India.

The key highlights of the NEIDS Scheme:

iii.            Admissibility of erection and installation charges in the manufacturing sector.

Please refer to the hyperlinked source below for further details.